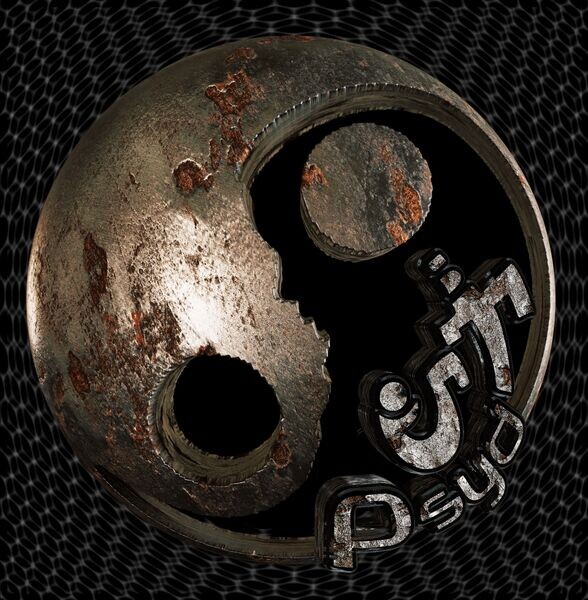 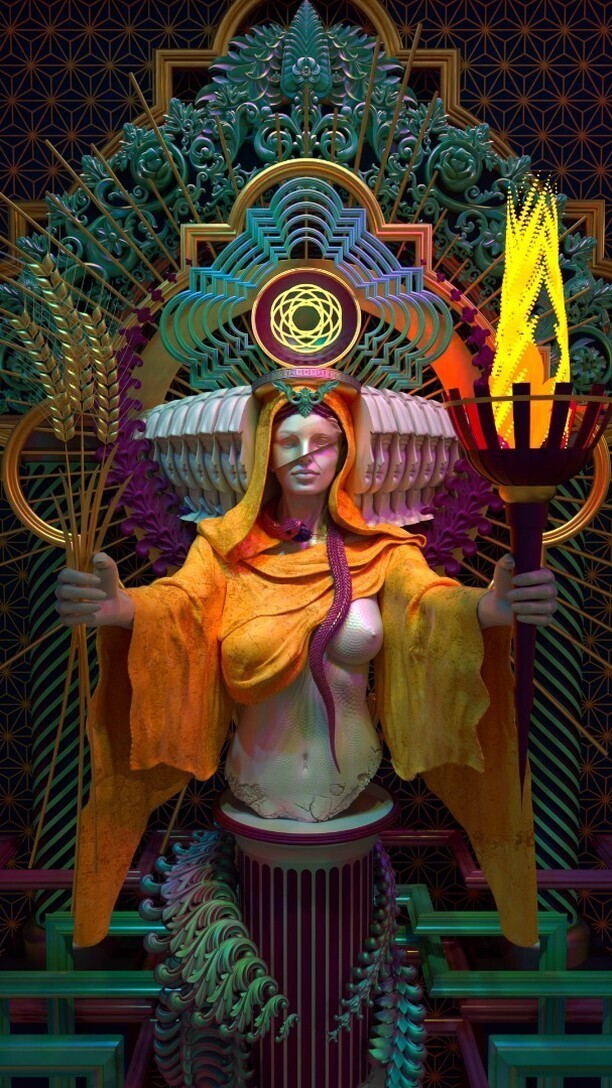 Owned by Sith on SuperRare.
https://superrare.com/artwork-v2/transcendent-explorations-28999

A collaborative artwork created by Outpsyd and Mueo :::::::::::::::Transcendent Explorations of the depicted image.::::::::::::::: The scene depicted in the artwork is based on the mythological journey of Demeter into the underworld on her search for her missing daughter, Persephone. The central character’s positioning is based on Sergel’s 18th century sculpture of Ceres, in which she holds a pair of torches while surrounded by serpents. Through the myth, the Goddesses create the seasons on earth, as the fertility goddess descends underground for a third of the year. Her return to the surface marks the arrival of spring. This cycle of life, death and rebirth was a central focus of many ancient fertility cults. The Campbellian monomythic story arc of the journey to the underworld and the transcendent discovery found within is central to the imagery of this artwork. It depicts a process of transformation, overcoming adversity, and an outward representation of an inward journey. ::::Transcendent Explorations as a metaphor for the collaborative process.:::: 'A successful collaborative process is greater than the sum of its parts.' The interest in collaboration emerged from extensive text-based chat about mutual interests in the intersecting niches of art genres they inhabit. With a mutual interest in mythology and spirit, the artists found a referential starting point to express the possibility of transcendence. Through the creative process, the artists found a transcendence of physicality: their quasi - antipodal locations ceased to be a limitation. The monumental work that created an interconnected world allowed this collaborative artwork to be possible. Standing on the shoulders of giants, the metaverse materialized a process of communication and creation that helped manifest an artwork that represents transcendence. .......... So meta.

Save this product for later
Display prices in: EUR 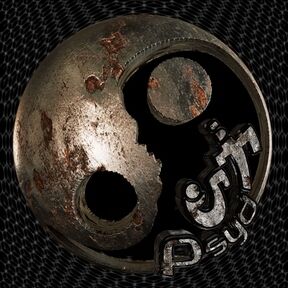 OUTPSYD is a Persian artist based in Srilanka. He started his artistic journey as a traditional clay sculptor from a young age. After receiving his academic master's degree as an architect in 2012 from E.M.U (Cyprus) University, he became active in the psychedelic art scene. His strong friendships with Visionary artists inspired him to continue his artistic journey as Outpsyd from 2014, supporting Visionary art and other artists around the globe by spreading their art through physical prints and a fashion label. In 2019; He started creating digital art by mixing his passion as a sculptor with the digital world as he was fascinated to give another life to his visions and stories. Outpsyd's unique style of mystical-futurism is immediately recognizable; his artwork is known for its multi-detailed sculptures and otherworldly concepts. you can Find outpsyd's NFTs on SuperRare.com and  Foundation.app

Links to NFTs and Socials …